As I mentioned yesterday, we would like to find the foundations of as many buildings as possible so we can assess just how the few maps we have match the archaeological record. However, the foundations of Port Tobacco are not easily found. The reasons for this include recycling and agriculture.

Our excavations to date have encountered remnants of several foundations. These remnants are very thin deposits of brick rubble, mortar, plaster, and/or building stone. The bulk of these foundations have clearly been recycled for reuse in other buildings. Complete bricks and stones have certainly been removed after the demolition of the original buildings or we would be encountering more significant foundation remains.

These foundation remnants have been further modified by agriculture. The fields that we have been working in have been plowed many times through the years. Plowing breaks up the soil and anything that is in it. This further reduces the depth of our foundations and their clarity.

Below you can see all that remains of one of the two buildings we uncovered in the Indian King Hotel area, the southeast corner of the village green. Interestingly the foundation remnants here are at an angle to the village green as it exists today and as it is depicted on the late 1800s maps that we have. 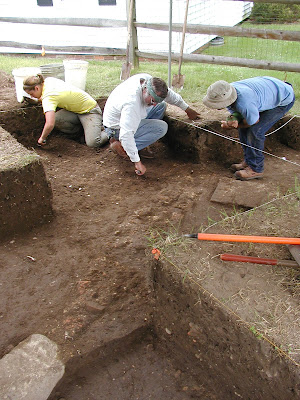 Yesterday, a blog reader asked about our findings at the Blacksmith Shop area that we excavated in June. The artifacts from that area are waiting to be washed, analyzed, and cataloged so I can only report some preliminary findings.

One of our reasons for wanting to find the blacksmith shop that was located just north of the Burch House is that it is depicted on several of our late 19th century maps. There are no surviving maps of Port Tobacco prior to this time and many versions of these maps are mainly based on one map which was based on memory. An exception is the 1892 Paige Survey of the town, a survey that seems to accurately represent the roads of Port Tobacco but not the buildings as the buildings are not to scale. When these maps are all compared to each other there are many discrepancies in both the number and locations of buildings.

This blacksmith shop was depicted in 3 slightly different places on 3 different maps. We used our shovel test pit data to identify two probable locations of the shop, based on the recovery of metal and slag from those test pits. Our first location was at the base of the slope up to Chapel Point Road. Our second location was about 50 feet west of that first location.

Excavation in the first area revealed a large amount of clay fill from the construction of Chapel Point Road. If there was a building here the road construction has destroyed any evidence of it. Excavation in the second area turned up a large amount of metal and slag in five 5X5 units. These units had very complex stratigraphy with interweaving deposits of silt and gravel. This slowed excavation to a snail's pace. Just as our allocated time for finding the blacksmith shop had come to an end, Allison made a discovery. What appeared to be another gravel deposit started to reveal foundation remnants. We had hit a foundation in the corner of the last unit we excavated. 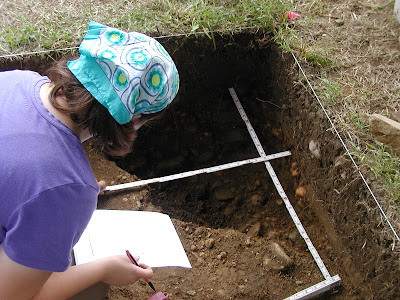 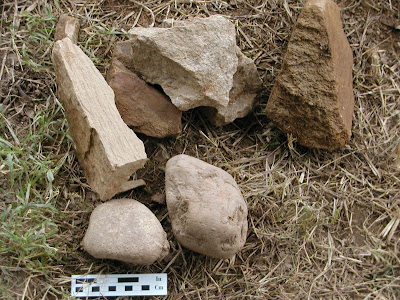 So, we have just touched the edge of the blacksmith shop but we have not revealed the foundation to any extent to 1) Be sure it is the blacksmith shop and 2) evaluate the types of blacksmithing that may have occurred there. Once the artifacts have been cataloged we may have some insight into #2 but both questions will remain unanswered until Jim and his crew return to the area for more excavation in October. 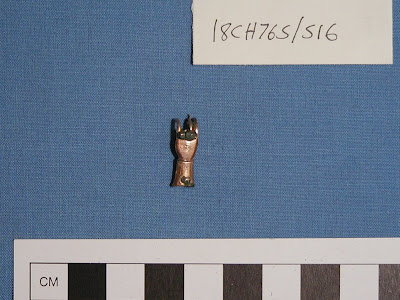 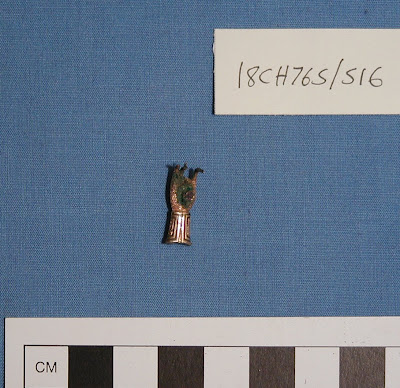 We found this charm in the shape of a hand in the plowzone of the Native American Area in 2008. Its usual design suggests that it had some specific meaning that we are yet to recover. 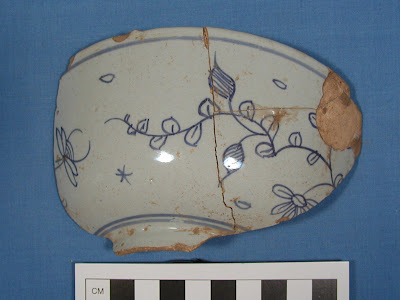 This tin-glazed earthenware bowl was recovered from the Blacksmith Shop area. We also recovered a large amount of tin-glaze from the Indian King Hotel area, probably from the demolition of an earlier tavern (see below). 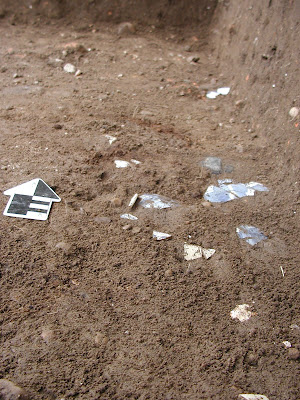 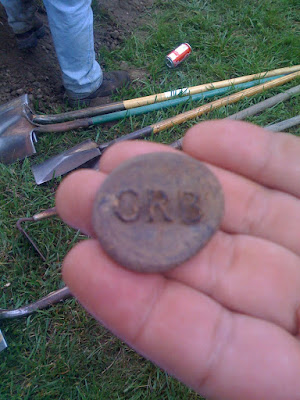 To build anticipation for labwork, today I present you with a photo of a wine bottle seal that was recovered during this year's ASM field session. The initials are GRB -Gustavus R. Brown?
-April
Posted by April M. Beisaw at 2:11 PM No comments:

Ok folks it's that time again. We are going to set up lab days for washing, rebagging and cataloging the artifacts from the ASM Field Session and beyond. We would like your input on where to hold lab days.

We can do it either at Port Tobacco or the Crownsville lab...or both.

Please email me or comment on the blog and let me know which would be preferable. I will post details here on the blog once we get a firm date/place to start.

Most of our 5 week field season was spent either digging, eating, or doing chores. One of the most time consuming chores was doing laundry. 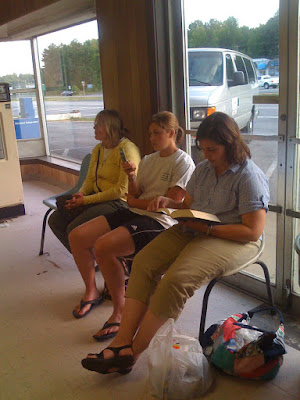 But the interns found ways to pass the time... 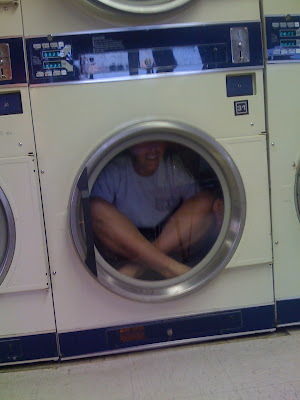 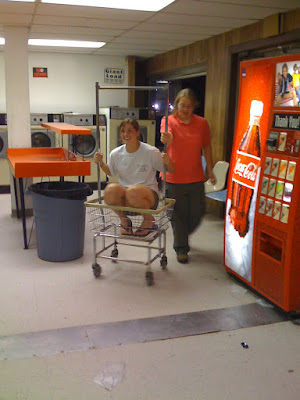 All this work and play burns a lot of calories. Here Katharine fights for the last bits of mac and cheese. 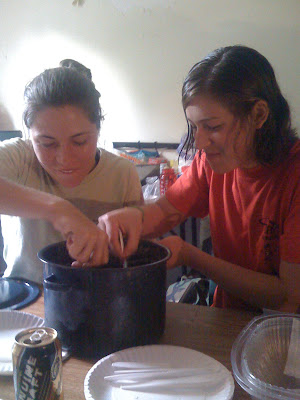 Blurring the line between work and play is a an important part of fieldwork. 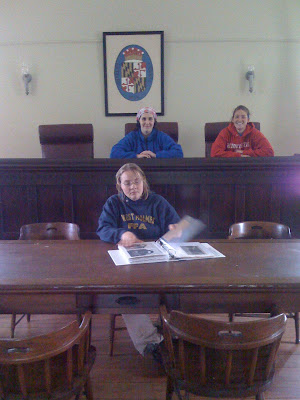