The Archeological Society of Maryland hosts a symposium each year during Maryland Archeology Month (April). As the ASM's Vice President, I'm charged with organizing the event and suggesting a theme to the Board of Trustees. The subject this year is Town-Founding and the program will consist of several presentations on archaeological research on Maryland town sites. These may include Native American village sites, Colonial settlements, and 19th-century port towns. Port Tobacco, as you might imagine, will be among the subjects of those presentations.

The symposium will be held in Annapolis in celebration of the 300th anniversary of the City charter. The First Presbyterian Church on Duke of Gloucester Street, across from Annapolis City Hall and the Noah Hillman parking garage, will be the venue. I hope you will join us on April 12, 2008, from 9AM to 3PM. And take advantage of the location: there are lots of wonderful eateries in the neighborhood and the Historic District is ideal for a stretch of the legs after the symposium and before the drive home. There is a nominal admission fee and proceeds go toward symposium expenses and support of the Society.

To give you all a better idea of what Jim and I will be doing at the conference, here are excerpts from our itinerary.

Jim has co-organized a session on public archaeology that is being presented on-line and will be a panelist in two other sessions. He will be talking about Port Tobacco in a session on historical ecology.

I will be presenting a paper on my research into the history of the Susquehannocks and meeting with the publisher of our book, The Archaeology of Institutional Life.

To my dismay, it will probably be warmer in Binghamton than in Albuquerque for the few days that I will be there. Is it summer yet?

The Cat's Are Away!

With Jim and April in New Mexico for the SHA annual meeting next week, the blogging duties have been given to me. Since I have been out of the office working on other projects for Jim I haven't been able to produce my weekly artifact blog. But since I am going to do most of the blogs for next week I would like some input from all of our readers. Is there anything you want to know more about? Something we haven't covered yet? Let me know and I'll dig up (pardon the pun!) whatever information I can!

- Peter
Posted by pquantock at 9:22 AM No comments:

Are you creative and artistic? Want to donate these services to help us out?
The Port Tobacco Archaeological Project needs a logo.
We are looking for a simple black and white line drawing that can adorn our webpages, business cards, and such. Ideally it would convey the goals of the project and/or the importance of the town.

In return we offer you our gratitude and a blog post all about you and your logo design.

We will entertain logo suggestions until February 1st. If we receive multiple submissions we will post them on the blog and let our readers help us select the best one.

Greetings all:
I will be giving the first comprehensive talk on our work at Port Tobacco in the courthouse at Port Tobacco on Sunday, January 27, at 1PM. Please join me and the Society for the Restoration of Port Tobacco for this illustrated presentation...it should last about 50 minutes and there will be plenty of time for questions.

I also will use the opportunity to announce the formation of the Charles County Archaeological Society and will discuss meeting venues and dates.

Please also note that we will be doing some fieldwork at Port Tobacco over the winter, probably beginning in February, taking advantage of warmer days. As always, details will appear on this blog.

I am honored to provide the first blog of 2008. I hope everyone enjoyed the holidays. I, for one, am glad it's all over! Hopefully, this year will find the team back at Port Tobacco and uncovering the many mysteries of this lost town. 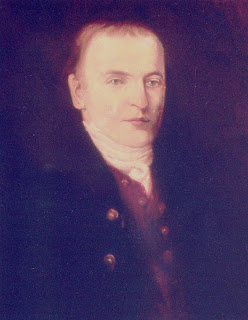 James Craik was George Washington's personal physician and was one of three doctors to attend him on his deathbed. 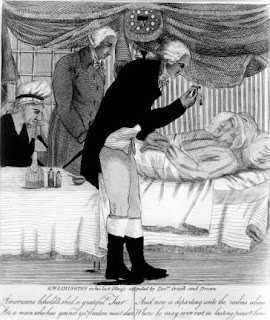 Born in Scotland in 1730, Craik immigrated to the colonies in 1751 and began his medical practice first in Norfolk and then in Winchester, Virginia. He accepted a commission as a surgeon and saw a lot of action during the French and Indian War and became a good friend to Washington at that time. At the end of the war, he moved to Port Tobacco and began a new medical practice there.

When the American Revolution began, he again was commissioned and was granted the second highest medical post in the American military. He treated the wounds of General Hugh Mercer and Marquis de La Fayette as well as other distinguished figures.

Craik died in 1814 and was buried at the cemetery of the old Presbyterian meeting house on South Fairfax Street in Alexandria. 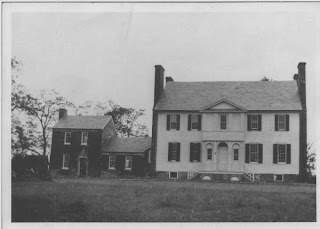 His home was not in the town proper, but less than 3 miles out. Known as La Grange, it stands today and can be seen from Route 6 on the way to Port Tobacco.
Posted by Scott at 2:01 PM No comments:

Before getting into today's subject, I want to congratulate April: today she shipped to the University of Alabama Press our edited volume, The Archaeology of Institutional Life. April spearheaded the project, and she put huge amounts of time into collecting and editing the papers from a number of prominent archaeologists from the US, United Kingdom, and Australia. Well done April.

And now, for a few bits about someone who has as much in common with April as Mother Teresa has with Lucretia Borgia: our old friend George Andrew Atzerodt. I have been reading Michael Kauffman's American Brutus: John Wilkes Booth and the Lincoln Conspiracies (Random House, 2004).

Kauffman characterizes Atzerodt as an ill-kempt weasel, devoted to the pursuit of wealth, but never successful, a drunkard, and the sort of person much of middle class and upper class Washington society would have avoided. I suspect Port Tobacco society didn't welcome his company either. Scott caught some of the flavor of this miscreant in an earlier posting. Kauffman reports many of Atzerodt's movements in the months leading up to, and the days following, the assassination of President Lincoln, including Atzerodt's locking up the carriage shop in Port Tobacco. He sprinkles names of Charles countians throughout his narrative, including Reverend Lemuel Wilmer, Samuel Cox, and others familiar to area genealogists and historians. Kauffman also describes Atzerodt's aborted plan to assasinate Vice President Andrew Johnson.

American Brutus is a good read, provides as definitive an account of the conspiracy as we are likely to see, and recreates some of the atmosphere of Southern Maryland and Washington, DC, during the Civil War. While the project team does not anticipate making significant contributions to the conspiracy story, we do hope to provide more details about life in the region generally, and Port Tobacco specifically.

More on the Centennial

In digging our shovel test pits along the northern part of the Compton field, we were pretty sure that we had at least one 18th-century site, possibly pre-dating the American Revolution. This period is of particular interest for a variety of reasons, not least of which is Jean Lee's book, The Price of Nationhood: The American Revolution in Charles County (W. W. Norton, 1994). Dr. Lee's book, necessarily, has much to say about Port Tobacco. After all, it was the county seat and, as such, a hotbed of revolutionary sentiments as well as post-war dissatisfaction over war debts, economic depression, and foreclosures.

The Price of Nationhood is an excellent book and we are in the enviable position of reconstructing the appearance of the town in which so many of the events Dr. Lee describes occurred. The archaeological team is a little like a team of set designers, researching and describing the stage and props that provide the background to the play.

One part of the 'stage' that I wrote about yesterday was the site of the Centennial Hotel. The distributions of 18th-century ceramics and early 19th-century pearlware leave no doubt that buildings were on the site from sometime in the 18th century onward. Additional analysis will allow us to determine just how early in the 18th century. Now, a skeptic might say: hey, those are ceramics! You've shown where people threw out trash and not necessarily where they lived. Well, we have considered that issue. Take a look at this drawing. 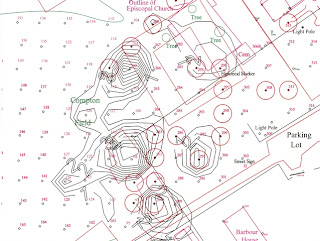 Distribution of handwrought nails in the area of the Centennial Hotel.

The circles indicate shovel tests that yielded large quantities of masonry rubble (brick and mortar). The contours represent a simulation of handwrought nail density across the area. Handwrought (literally, made by hand) nails were used throughout the Colonial Period and into the 19th century. They were largely supplanted by machine-cut (mass-produced) nails between the 1830s and 1850s (dates vary depending on the part of the country in which the site is located).

The concentrations of handwrought nails correspond with concentrations of masonry rubble. Together they suggest four separate buildings pre-dating the middle of the 19th century. The distributions of 18th and early 19th-century ceramics clearly correspond to the distributions of architectural materials; therefore, we have found part of the stage on which Jean Lee's actors performed. Additional investigation will draw our vision of that stage into better focus.